Firstly I would like to thank Kim Koning for tagging me into The Next Big Thing.

Today I would like to talk about Mediterranean Dreams, as I am just about to wrap up the final edits of this book, and press the submit button. There are a number of other books that I could have talked about as well, but I felt that since this is the book I am actively working on at the moment – it would be prudent to speak about this one first. Perhaps one day I will get tagged again in The Next Big Thing, and I’ll have the opportunity to write about my next project. Here’s hoping!

In the meantime – I hope you enjoy. I certainly enjoyed answering these book specific interview questions. 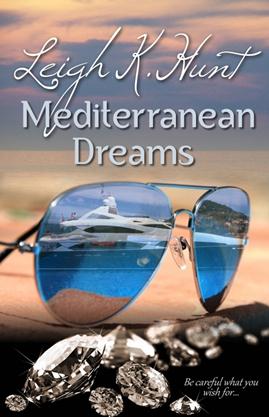 What is the working title of your book?

This book is based in the Mediterranean, and every character has a different set of dreams. Some that even gets them into trouble.

Where did the idea come from for the book?

My friend died in a diving accident when I first started thinking about this book. She was a dreamer, and wanted to travel all over the place and dive. My idea for Ruby was inspired by her drive and passion for diving.

When I wrote the very first scenes of this book, I began by writing about a man who had suffered some major emotional upheavals. I wanted to explore his pain, and see him come through it. But it all changed over the course of writing it. It quickly became about Ruby’s quest to help her sister, and seek some form of justice along the way.

What genre does your book fall under?

It would fall under the Thriller genre, with a bit of adventure and romantic elements woven throughout. I didn’t expect it to turn into a fast paced thriller. I originally intended for it to be more dramatic in nature.

Which actors would you choose to play your characters in a movie rendition?

This book holds a rather full cast; however I will only give you a glimpse of the characters that are in this book. If you want to know the rest, you’ll just have to read the book.

First of all, there is my heroine, Ruby. If this book were ever turned into a movie, I would want Eliza Dushku to play her. Hopefully one day, she will! (*dreaming*)

She physically looks like my character, and she’s got an attitude to boot. 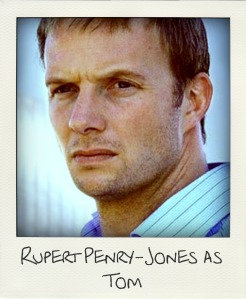 Rupert Penry-Jones has always been the perfect actor to play Tom, the hero.

Tom is a relatively serious man, who has all but alienated himself in Menorca as he runs from his own demons. I thought that Rupert Penry-Jones looked serious enough to play him, but when he smiles, he looks almost carefree, just as I imagine Tom would. 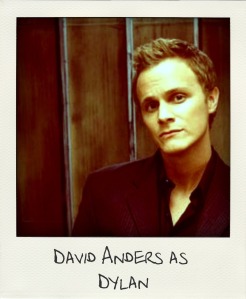 In every book there should be a ‘bad dude’. David Anders was always the man I envisaged to play Dylan, my villain.

There is just something devilish about David Anders. Perhaps I have watched far too much Alias or Heroes, but I think he would play the perfect villain if this book were ever turned into a movie.

What is the one-sentence synopsis of your book?

Ruby comes up with a plan to help her her older sister, but the only problem is that it means intercepting a drug dealing payment in the Balearic Islands without getting caught.

The tagline for this book is: Be careful what you wish for.

Will your book be self-published or represented by an agency?

Can I say ‘neither’? It will probably be represented by a publisher, as I am approaching publishers who’ll take unsolicited manuscripts.

How long did it take you to write the first draft of your manuscript?

Four months. I actually started writing it just before we went overseas on a month-long trip on a boat around the South China Sea. I managed to write loads on that trip, and it was fantastic fodder for ideas.

What other books would you compare this story to within your genre?

I would say that this book is probably in a similar vein to the books written by Clive Cussler.

Who or What inspired you to write this book?

I was holidaying on the Gold Coast of Australia with my sister and husband. My friend had recently died whilst diving, our parents had split up, and believe me – we really needed a break. While we were there, a yacht was found off the Sunshine Coast (not too far from where we were) completely abandoned. When the yacht was found – laptops were still running, place settings were still set on the dining table. Everything was as if the passengers had just decided to take a quick dip and then have some lunch.

It was a mystery that I couldn’t help thinking about. I wanted to know what had happened to the passengers. No other boats had sidled up to it to pick the passengers up from it – it was just completely abandoned. So I kept the newspaper clippings and articles about the ‘Ghost Yacht’, and when I returned from holiday, it took me a couple of months to mull the ideas over and put a plan for the book in place.

The other part that inspired me to write this book was my old boss who had passed away. She was a diver, and much of Ruby’s personality traits we inspired by her temperament.

Combining both those things together provided the right mixture of inspiration required to write a 90 thousand word novel based on a diver and her struggle to help others.

What else about your book might pique the reader’s interest?

A lot of time was spent researching the location of this book – Menorca.

Menorca is a UNESCO sanctuary, and is a leader in eco and community living. I chose this island from a map, and have come to know it extremely well. Unfortunately, it is becoming quite the tourist hotspot, which makes me a little sad. I know that while tourism is a lucrative income for Menorcan businesses and locals, I hope it doesn’t destroy or commercialise this incredible little island.

Other subjects that would also interest readers are:

I would like to tag the following incredibly talented Authors to talk about their Next Big Thing:

Melissa Pearl – Author of a number of brilliant YA books – The Time Spirit Trilogy, Forbidden Territory, and Betwixt.