The opening of Tijuana Nights has been rewritten, and I’m slowly getting there with it. To say I’m chuffed is an understatement. You see, the reason why I stopped writing it in the first place was because it wasn’t going fast enough for me as a writer, and even though it was a damn exciting story… it was just moving too slow. If it was too slow for me, then it would be too slow for readers – I’m the first person to admit that.

So I changed perspectives.

I went from writing it in 3rd person, to 1st person, and suddenly the story got a whole lot more exciting! My head has abruptly been thrown into the mind of Mack, my main character, and her struggle of being stuck in Mexico, and basically having to fight for her life. It’s great. It’s fast moving, thrilling, and it has me on the edge of my seat as I write it – just the way I like it.

So – to set the scene for you, dear reader, it goes a little bit of something like this: 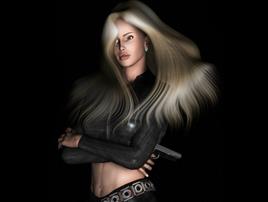 Mack in bought to Mexico to use as a ‘distraction method’ with Javier Amaro, the Tijuana Cartel leader, while the rest of her team extracts vital cartel information out of his computer systems for their client.

When Carmen Amaro discovers that Mack has been capturing her husband’s attentions, she decides to get rid of the problem, as any good wife would.

What she doesn’t count on is the fact that Mack is part of an elite assassination team – a team who have her back. No matter what.

So, in order to finish this book, I’m going to use NaNoWriMo as a little motivation tool to get it done. I was hoping to have it written this month, but that doesn’t seem to be panning out quite the way I intended. C’est la vie, though, right? So I’m going to use Nano to my advantage.

I would really like to get this book published next year sometime – I have even found a cover model who could be the right fit for the book. I also have the next Mack book all planned out, which I will need to rewrite the opening for in 1st person, but hopefully it will be that much better for it. It’s kind of exciting in my book world at the moment, let’s just hope I can do this book justice.