Just like with normal every day humans, our characters have their own backgrounds as well, that both show strengths and weaknesses, as well as a certain level of reasoning behind why they do the things they do. In the past, when I was a very juvenile writer, I would write flawless characters. But you know what? They were boring. Nowadays, I like my characters to have issues in their pasts that shapes them into the people they are today. 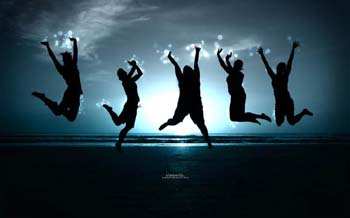 Mack Carmichael has a background in research and history. That is her forte. She likes to know all the facts before she makes a decision, but because of her impulsive nature, sometimes these create internal conflict for her. She was orphaned at the age of twelve, and raised by her aunt. In her new line of work, she misses the stability and comforts of home that her aunt’s house provides her. But she also lives for the excitement.

River Edge, has a background as a professional sniper in the SIS, formally known as MI6.  He also married a fellow MI6 officer in his youth, which was quickly dissolved once River abandoned MI6 to join Chase. River is also a Tai Chi master, which readers will eventually discover in the novella I have planned for him. River uses his skill in Tai Chi to rebalance himself mentally, to be at peace with what he does for a living, and often imparts certain snippets of Tai Chi wisdom on others.

Chase Stirling spent his adolescent years in a penitentiary system for minors after accidentally killing his stepfather. In a system that has a wolf-pack mentality, Chase quickly learned which side his bread was buttered on. He threw his focus into martial arts, and was eventually selected for a martial arts tournament, which he won. He also killed with intention that day to save the life of a man who was to become his guardian and mentor.

Gabe was an internationally recognised hacker and computer genius picked up by the CIA when he was sixteen. He agreed to work for them, as opposed to being locked up. Chase and River were employed to take him out, but instead of killing him, they broke him out of the bowels of the CIA and recruited him into the team. Gabe has an easy going and stress-free manner, which women find rather appealing. As part of his cover, he looks like a surfing hippy, who’s been smoking too much dope. This helps Gabe get to places where both River and Chase struggle.

So – there is a little bit of background to my characters of the Nights Series!