Some people listen to it for the catchy melodies, others for the lyrics that they like. I listen to music, partly for the 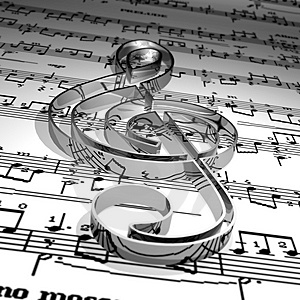 good of my soul, but more for the development of my characters. Each of my characters has their own ‘life soundtrack’ playlist, which I play at the time when I’m writing them.  I find that this helps enormously with their potential reactions to the different and dangerous situations that I’m throwing them into. Even when they are emotional, just by playing one track that is close to that character’s heart helps. And believe me, those tracks are far from my favourite, but my characters have their own personalities and taste in music, and therefore they life music that doesn’t particularly tickle my fancy.

Yes, I guess these are the ramblings from a neurotic writer. (One day I might tell you what else I do for my characters… besides giving them their own soundtracks. Trust me, it gets worse.)

Now, I have a good friend whose favourite artist is Leonard Cohen. Now, a lot of Leonard’s stuff is quite dark, (I think he suffered from tortured artist syndrome,) but a lot of what Leonard is voicing out to the world are emotions and beliefs that some of us are just too scared to say out loud. These lyrics are awesome for tortured characters!

But, first and foremost, Leonard Cohen is a poet. I’m not saying this out of adoration for the man, but out of truth. I recently found out from my friend that Mr Cohen was a poet and a writer long before he was a musician, or a lyricist. He had his first book of poetry published when he was just 22 years old, and he wrote his heart out until the age of 33, when he released an album. I was having a conversation with my friend the other day about Leonard Cohen (he comes up in conversation a lot) and my friend said to me, ‘It’s unheard of nowadays to embark on a new career as a musician so late in life. And to be so successful at it.’

And so on that note, I am going to leave you with an inspirational little poem by Leonard Cohen, and you can make your own decisions on the creative pathways that you or your characters walk. I know that this is a little cynical and crude… but he’s right. And he’s probably one of the only people in the world who will say it so bluntly. 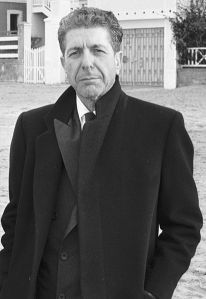 I wanted when I was fifteen

I have them now

It is very pleasant

It is never too late

I advise you all

to become rich and famous.